WINDSOR – Less than 24 hours after a Woodland woman was gunned down, her alleged killer was behind bars.

Keith Morris Hyman, age 44, of Windsor was located and arrested near a residence in Windsor on Thursday night. 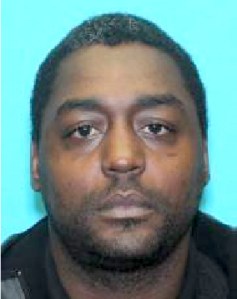 Hyman is charged in the Wednesday night murder of 34-year-old Angelec Wiggins of Woodland. That homicide occurred at a residence located in Arrowhead Mobile Home Park, off NC 35 north of Woodland. Another female was shot, allegedly by Hyman, at the same location. She was rushed to the hospital in critical condition.

He is scheduled to appear in Northampton County Criminal District Court on July 20.

Smith said after Hyman fled on foot from his residence, officers used a K-9 to track down the murder suspect and make the arrest at around 9:30 pm Thursday.

Smith stated he is thankful to the Northampton Sheriff’s Criminal Investigation Division for their hard work.

“This is an unfortunate situation where someone prefers to resort to violence rather than communicating to settle any issues,” Smith continued. “I encourage everyone to find a peaceful way to resolve any issues before thinking of violence. It is very unfortunate that a young lady lost her life. We encourage anyone that have issues do not resort to violence as these senseless crimes and actions that took place are unnecessary. We pray for the strength of the families of the victims suffering from these senseless crimes.”