Mr. Vinson was born in Hertford County on January 5, 1944, and was the son of the late Elliott Lee Vinson, Sr. and Ella Mae Hall Vinson. In addition to his parents, he was preceded in death by his sister, Linda Jernigan, and by his brother, Eddie Vinson. 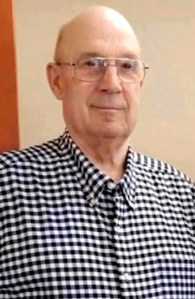 The retired owner of Vinson Drainage Company, he was an Army veteran, a member of Union Baptist Church, and had been a longtime member of the Winton Volunteer Fire Dept. and the Winton Rescue Squad.

A graveside service will be held Friday, June 25, 2021 at 3 p.m. in the family cemetery near the home and will be conducted by his pastor, Kevin Campbell, and longtime family friend, the Rev. Joe Futrell. Friends may join the family at the residence.