MURFREESBORO – A suspect who opened fire on Main Street in Murfreesboro last week, striking a pregnant woman, is now in jail with a bond of over $3 million.

Jaimeik Damone Smallwood, 19, of Woodland was arrested around 11 a.m. on Tuesday, June 22 in Pitt County “without incident,” according to Murfreesboro Police Chief David Griffith. 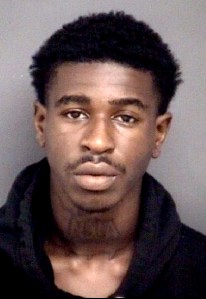 Smallwood is currently being held in the Pitt County Detention Center with a $3,020,000 bond.

He is charged with one count each of attempted first degree murder, malicious assault in secret, assault with a deadly weapon with intent to kill inflicting serious injury, attempted murder of an unborn child, and going armed to the terror of the people. He is also charged with seven counts of discharging a weapon into an occupied vehicle.

All of the charges are felonies except for going armed to the terror of the people, which is a misdemeanor.

The incident leading to Smallwood’s arrest occurred on Tuesday, June 15.

Around 6:30 p.m. that evening, the victim, a 22-year-old pregnant woman, was the sole occupant of a passenger vehicle traveling east down Main Street in Murfreesboro. A car with more than one person inside pulled up and cut her vehicle off from continuing down the street. They then fired multiple rounds, striking the victim in an upper portion of her body.

The victim was airlifted to Vidant Medical Center, but has since been released.

“I think we’re all a little bit safer today from this dangerous criminal,” Griffith said of Tuesday’s arrest.

Previously, Griffith described the shooting as a “total lack of regard for human life” not only for the victim but for any bystanders also in the area. The shooting occurred at one of the busiest times of the day for Main Street Murfreesboro.

Chief Griffith thanked MPD officers Lt. Barmer and Capt. Dilday for their hard work investigating the case. He also thanked Lt. Helms and others from the Hertford County Sheriff’s Office as well as the Greenville Drug Task Force for their assistance.

“There are additional suspects,” Griffith said, noting that the investigation remains ongoing.

Anyone with information can contact the Murfreesboro Police Department at 252-398-4151. Callers can remain anonymous.