MURFREESBORO – One person is behind bars while two others remain at-large following a home invasion here Sunday night that left the victim hospitalized with a gunshot wound.

Alfonzo Lee Jordan of Rocky Mount was taken into custody on Monday afternoon in Rich Square. He was charged with one felony count each of attempted first degree murder, assault with a deadly weapon with intent to kill inflicting serious injury, first degree burglary, and possession of a firearm by a convicted felon. 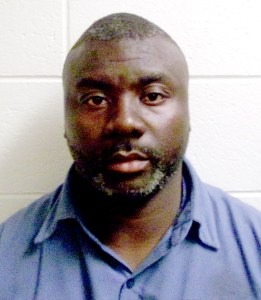 Jordan was confined in the Hertford County Detention Center under a $500,000 secured bond.

According to Hertford County Sheriff Dexter Hayes, his deputies were dispatched at 10:42 pm on Sunday to a residence at 102 Center Road in Murfreesboro. Upon arrival with Murfreesboro Police Department officers, a 29 year-old male was found in the home with an apparent gunshot wound to the abdomen. The home was then secured and first aid was rendered to the victim until Hertford County EMS arrived.

“Witnesses stated three males forcefully entered the home through the back door and shot the victim,” said Hayes.

The victim was transported to Vidant Roanoke Chowan Hospital by Hertford County EMS and later airlifted to Vidant Medical Center in Greenville where he was listed in stable condition as of Tuesday afternoon.

Hayes said Jordan was identified as a suspect based on the work of his investigators. He added that the investigation is still ongoing to learn the identities and motives of everyone involved.

The Northampton Sheriff’s Office assisted investigators with the Hertford County Sheriff’s office in making the arrest. Hayes thanked the Northampton deputies for their help.