Mr. White was born in Norfolk, Virginia on January 17, 1944, and was the son of the late Walter Raleigh and Mattie Gray White. In addition to his parents, he was preceded in death by a son, Glenn White; a daughter, Stacy Nixon Hoggard; and two brothers, infant Henry White, and Melvin White. 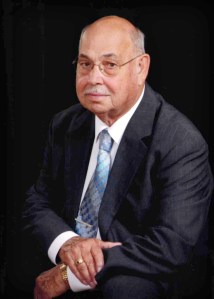 Mr. White retired from Norfolk Naval Shipyard in 1992, and then became a poultry grower for Perdue. He was a member of Warwick Baptist Church, where he served as a Deacon and as a member of the Adult Choir. Other involvement included his service in the North Carolina National Guard.

Funeral services were held Friday, May 28, 2021 in Warwick Baptist Church and were conducted by his pastor, The Rev. Kip Vinson. Burial followed in the church cemetery. Friends may join the family in the social hall of the church immediately following the service, or other times at the residence.

Memorial contributions may be made to Warwick Baptist Church, in care of Cindy Harrell, 433 Gliden Road, Hobbsville, NC 27946.