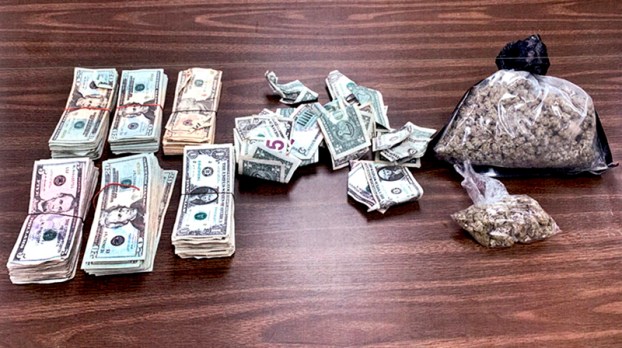 Over $7,000 in cash and nearly one pound of pot were discovered by local law enforcement officials at an Ahoskie residence last week. Contributed Photo

AHOSKIE – An Ahoskie man was arrested last week after nearly one pound of marijuana and a large amount of cash were seized during a visit to his residence by a Probation Officer.

Trent A. Burby, age 19, was charged with felony possession with intent to manufacture, sale, and deliver marijuana, and maintaining a dwelling to store a controlled substance, also a felony. He was also charged with violating his parole. 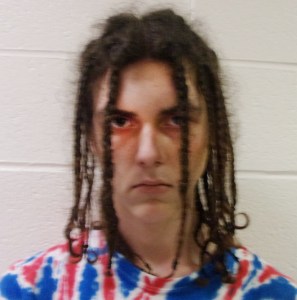 Burby was jailed under a combined $50,000 secured bond and made his first appearance on Friday in Hertford County Criminal District Court.

The arrest was made May 19 when Probation Officer James Eley visited a home that Burby lived at with relatives. Eley summoned Hertford County Sheriff’s Lt. Tom Helms and Investigator Chase Oliver to the residence.

After the officers detected the smell of marijuana inside the residence, a search of Burby’s bedroom revealed a small bag of marijuana in plain view on an end table. Cash was also found stashed beside the bed.

A large safe was also noted in the bedroom. After an adult family member opened the safe, a book bag belonging to Burby was found containing a large amount of U.S. currency.

A subsequent search of other areas of the residence was conducted. That effort produced one large bag and another small bag, both containing marijuana, found lying under a pile of clothing. Combined, those bags held approximately 330 grams (nearly three-quarters of one pound).

Another individual in the residence, Devin Wilson, was also arrested for an outstanding warrant on a failure to appear in court charge in Gates County.

WINTON – Armed with the blessing of their appointing agency, the Hertford County ABC Board can now officially move forward... read more