He was born on May 3, 1956 to the late, Marion and Gordon “Jaybird” Bellflower, Sr. and was preceded in death by his sister, Peggy Bellflower; his mother-in-law, Marjorie Hunnings; his sisters-in-law, June Abbott and Carolyn Watson; and his nephew, Bryce Hunnings. 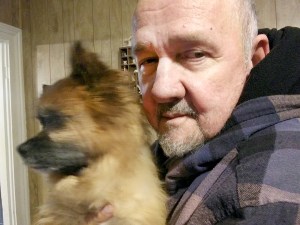 The family would like to thank Ann Sullivan and Karen Lassiter for their support in taking care of our baby Taz.

Memorial services will be held on Wednesday, May 26, 2021 at 2 p.m. with Rev. Jim Cox officiating in the Askew Funeral Service Jackson Chapel in Jackson, North Carolina.

Online condolences may be made to www.askewfs.com

In lieu of flowers, donations can be made to rainbow animal rescue at rainbowanimalrescue.org or your local animal rescue.