WINTON – A Bertie County man faces significant jail time if convicted on multiple counts of allegedly stealing motor vehicle parts during a string of crimes across at least eight counties.

Wesley Edward White of Windsor stands charged in Hertford County with 12 counts each of felony larceny of motor vehicle parts and felony injury to property while obtaining non-ferrous metal. 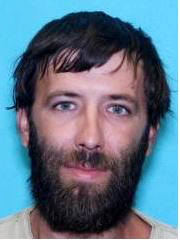 Among other uses, non-ferrous metal is used in manufacturing catalytic converters for vehicles.

The thefts in Hertford County took place on different nights (Jan. 13 and Feb. 25) at the same location, the NC Department of Transportation located on Modlin Road in the Union community. There, a total of 12 catalytic converters were cut off of NCDOT trucks.

White, who was jailed in Nash County for similar crimes there, was given a $70,000 secured bond for the Hertford County charges. He was scheduled to make a court appearance on May 21 in Winton.

He is also charged in Halifax County on multiple counts of larceny of motor vehicle parts, possession of stolen goods, first degree trespassing, and injury to real property. White was given a $205,000 bond and awaits a July 22 court date.

According to Detective Sergeant Matt Brown of the Halifax County Sheriff’s Office, the charges against White are related to catalytic converter thefts from the North Carolina Department of Transportation, Halifax County Public Utilities, and Halifax County Operations vehicles. Those thefts, Brown said, occurred on Feb. 2, Feb. 26, and April 30.

Investigators with the Hertford County Sheriff’s Office were part of a Zoom meeting with law enforcement officials from other counties experiencing similar crimes.

“Based on that meeting we were able to develop Mr. Wesley White as our prime suspect,” said Hertford County Sheriff Dexter Hayes.

Hayes added that the Vance County Sheriff’s Office was the first agency to gather enough evidence to secure arrest warrants on White. That evidence included transactions at a recycling business in Kenbridge, VA showing that White had sold non-ferrous metal on two different occasions and received cash payments totaling $10,127.

Ironically, two of the transactions at the Virginia-based recycling business took place on the same dates of the thefts in Hertford County.

White was arrested on May 7 by the Bertie Sheriff’s Office. A search warrant for his residence and his vehicle yielded numerous items that connected him to the B&E and larceny crimes in several counties.

During an interview with Vance County Sheriff’s investigators, White admitted his guilt.