Mr. E.L. was born in Gates County on February 28, 1934, was the son of the late Jesse Holloman and Carrie Lee Landing Askew, and was raised on the farm with his great-grandparents, P.P. and Daisy Landing. In addition to his parents and great-grandparents, he was preceded in death by a daughter, Glenda Holloman Byrd. 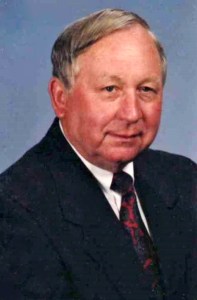 A 1952 graduate of Gates County High School, he later attended Chowan College. Having worked in farming for a time, including in the farm department with Planters Bank, he later retired as a salesman with Perdue. A member of First Baptist Church Ahoskie, he was a former member of the Ahoskie Jaycees and a faithful member of the Ahoskie Kiwanis Club where he had served as past president. Other enjoyments in his life included his love of fishing, traveling, hosting fish fries, and gardening. He was known to always share the bounty of his garden with his neighbors and friends. Another passion of his was his love of John Deere tractors, in which he had an extensive collection of toy tractors and several tractors he had restored.

Graveside funeral services will be held Monday, May 24, 2021 at 11 a.m. in Highland Memorial Gardens, Ahoskie, and will be conducted by his pastors, the Rev. Dr. Paul R. “Trey” Gillian, III and the Rev. Anita D. Thompson. Friends may join the family at the gravesite immediately following the service on Monday, and other times at Sharon and Kenny’s home, 916 NC 461, Ahoskie. Friends who wish to pay their respects to Mr. Holloman at the funeral home may do so on Sunday from 1-5 p.m.

Flowers are welcomed or memorial contributions in his memory may be made to a charity of one’s choice.