WINTON – The latest co-conspirator in a two-year-old home invasion case is scheduled to stand before a judge here next week.

Daniel Matthew Vann, 47, of Ahoskie has been jailed under a $750,000 bond since his arrest on March 10. He, along with two others arrested in November of last year, stands charged with assault with a deadly weapon with intent to kill by inflicting serious injury, first degree kidnapping, safe cracking, first degree burglary, possession of stolen goods, possession of stolen firearms, and felony conspiracy. 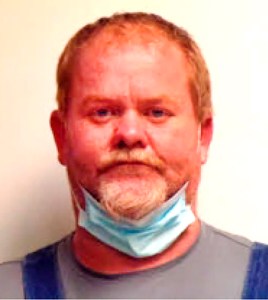 Those charges are related to a Feb. 17, 2019 crime where armed gunmen forced their way into the home of an elderly Ahoskie couple on Early Station Road and committed assault and robbery. Brian Kenton Valentine, age 35, and 30-year-old Travis D. Smallwood, both of Ahoskie, were also charged and jailed in that crime.

“We were looking at Mr. Vann as a possible suspect in that particular case, but didn’t have enough on him originally to make an arrest at around the same time we filed charges against Mr. Valentine and Mr. Smallwood,” said Hertford County Sheriff Dexter Hayes. “However, we kept digging and were able to find probable cause of Mr. Vann’s alleged involvement and arrest warrants were drawn on him in March.”

The Hertford County Criminal District Court calendar has Vann listed for an appearance on Monday of next week.

Hayes added that Vann is believed to also be involved in a similar home invasion, kidnapping, assault, and robbery case on June 19, 2019 at a residence on the Bertie County portion of Early Station Road.

On that date, Bertie County Sheriff John Holley said his deputies responded after receiving a 911 call from a resident. Upon arrival, deputies located a man and woman who were the apparent victims of a burglary and robbery. Both residents had been assaulted and one was still tied up when the deputies arrived.

Vann has not yet been formally charged in the Bertie case.