Captain C.A. Parker of the Northampton’s County Sheriff’s Office Narcotics Division said in a statement that he and NCSO Sergeant R. Horton were in Woodland area on Thursday, May 13 following up on drug complaints. They conducted a traffic stop for a motor vehicle violation at around 8 p.m. in the area of Finley Road. 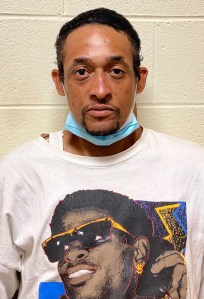 The driver was identified as Juan Pierce Jr., age 39 of Woodland.

Upon approaching the vehicle and speaking with Pierce, the driver made agents aware of narcotics in the vehicle. A subsequent search of the vehicle and Pierce resulted in the seizure of cocaine and a spoon containing white residue.