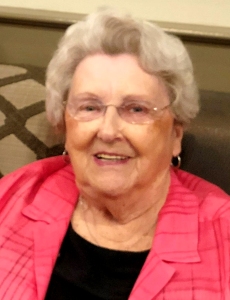 She was a retired registered nurse, having graduated from Johnston Willis Hospital School of Nursing in 1956. Mrs. Drewette was married to Robert (Bobsie) Eugene Drewette on December 1, 1956 and they enjoyed 64 years of marriage until his death in 2011. Her career started as an operating room nurse at Roanoke-Chowan Hospital and she ended up at the Northampton County Health Department before retiring. She will be remembered as one of the most caring and compassionate nurses and was always ready to help those in times of need.

She was such a sweet and kind Christian woman who loved spending time with her family, especially her grandchildren and great-grandchildren.

Funeral Services will be held on Monday, April 26, 2021 at 11 am at Mount Carmel Baptist Church in Jackson, North Carolina with Rev. Larry Godwin and Rev. Keith Thomason officiating.

Interment will follow in Seaboard Cemetery in Seaboard, North Carolina.