Mrs. Greene was born in Suffolk on December 22, 1943, and was the daughter of the late Marvin Gritman and Annie Lee Lassiter Simpson. In addition to her parents, she was preceded in death by her husband, P.D. Greene, Jr.; her son-in-law, Robert Johnson; and her brother, Marvin “Buddy” Simpson. 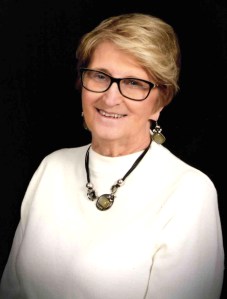 Retired from the daycare at Main Street United Methodist Church in Suffolk, in earlier years she had worked at the Village Market in Gates. She was a faithful member of Reynoldson Baptist Church.

A memorial service will be held Saturday, May 1st, at 5:00 p.m. in the chapel of Miller Funeral Home, 304 Main Street, Gatesville, and will be conducted by Pastors Cody Brinkley and Wayne Proctor. A private inurnment will be held in the Greene Family Cemetery.

In lieu of flowers, contributions in her memory may be made to the Gates Volunteer Fire Dept., 49 Gates School Road, or to Reynoldson Baptist Church, 73 Reynoldson Road, both in Gates, NC 27937.