Felton was born in Tillery, NC on July 17, 1928, the first child of Myrtle Ray Turner and Joseph Felton “Buck” Turner. In 1937, the family moved to the Rehobeth community outside of Jackson and farmed the land later occupied by Odom Correctional facility. 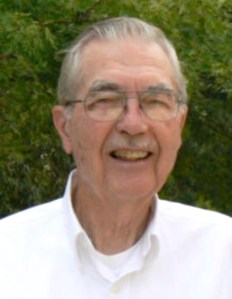 After graduation from Jackson High School in 1945, Felton studied Agronomy at North Carolina State University. He completed ROTC and received his commission into the US Army infantry, including service in Korea. Upon returning home, he enrolled in UNC Law School, Class of 1956. He was hired by Gay and Midyette law firm in Jackson, which evolved into a solo practice. Most of his 56-year career was solo, but included partnerships with Charles Vaughan, Tom Henson, and David Bridgers.

In 1963, Felton married Camilla Allyn Boone of Jackson, also gaining a son, Carr Moore Bullock, Jr. He and Camilla had two children, Eliza Sidney Boone Turner and Joseph Felton Ray Turner. In addition to family, farming, and community life, they shared the bond of the legal profession with Camilla’s many years of work as a paralegal in the law practice.

Felton was loyal to his family and was especially proud of his grandchildren, nieces, and nephews. He was called on in many capacities, always ready to listen, give advice, and lend support.

In addition to his law practice and family, he was passionate about education, serving on the Board of Directors of Northeast Academy for a number of years. He attended Church of The Saviour Episcopal Church and will be remembered for his enthusiasm in leading the congregation in song.

While he attended both Carolina and “State College”, he was a lifelong Wolfpack fan with only polite support of the Tar Heels. Throughout his life, Felton had a love of farming, animals, the land, history, and people of Northampton County.

Along with his parents and wife, Felton was preceded in death by his step-mother, Mary Fleetwood Turner, and sisters, Lyndal Turner, and Rebecca Turner Rhoads.

He is survived by his sons, Carr Moore Bullock, Jr. and Joseph Felton Ray Turner of Manteo; a daughter, Eliza Sidney Boone Turner Mabry and husband, H. Lee Mabry, Jr.; and two grandchildren, Joe and Mary Frances Mabry, of Raleigh. He is also survived by a brother, Sam Curtis Turner and wife, Becky, of Jackson; and a sister, Ellen Virginia Turner Winnett and husband, Jerry, of Greensboro; a brother-in-law, George Rhoads of Catonsville, MD, and many nieces and nephews.

The family’s heartfelt appreciation goes to Dad’s caregivers, especially Earline Bowser, Laverne Suggs, Dorothy Taylor, Gretchen Fleetwood, and Mary Deloatch and those in his extended family and community who made it possible for him to remain at home with his dogs.

A celebration of life graveside service will be held on Sunday, April 25, 2021 at 2 pm The Church of The Saviour Episcopal Church cemetery in Jackson, NC, with the Rev. Richard Galloway officiating.

In lieu of flowers, memorial contributions may be made directly to The Church of The Saviour Cemetery Fund, P.O. Box 613 Jackson, NC 27845 or Northeast Academy, 210 Church Street Lasker, NC 27845, please put Felton Turner in the memo line.