Mr. Hobbs was born in Gates County on July 10, 1924, and was one of six children born to the late George Ambrose and Anna Parks Hobbs. In addition to his parents, he was preceded in death by an infant sister, Charity; his sister, Elsie Lassiter; and by brothers, Albert, W.D., and Edison Hobbs. 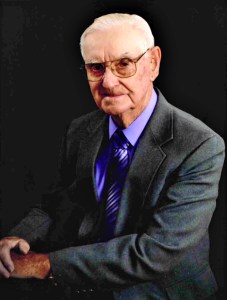 A farmer, he worked until he was nearly 93 years old. Raised in the fellowship of Warwick Baptist Church where he was lifelong member, he had served as a deacon, and was faithful in the attendance of the Adult Men’s Sunday School Class. Music was a great enjoyment in his life, and for many years in sang in a men’s chorus, and as a member of a quartet.

Funeral services will be held Wednesday at 11:00 a.m. in Warwick Baptist Church and will be conducted by Pastors Russell Blanchard and Kip Vinson. Burial will follow in the church cemetery. Friends may join the family in the fellowship hall of the church immediately following the service, or all other times at the residence.

Memorial contributions may be made to Warwick Baptist Church, in care of Cindy Harrell, 433 Gliden Road, Hobbsville, NC 27946, where it will be designated for use in the church’s music ministry.