GLEN ARM, MD – Edward Lee Blanton, Jr., 89, of Glen Arm, Maryland passed away Easter morning at home with his wife of 60 years, Cathleen Estelle Blanton (nee Edwards) and his daughters by his side.

He was pre-deceased by his sisters, Mildred Blanton, Jean Gallagher and Faye Curtis. 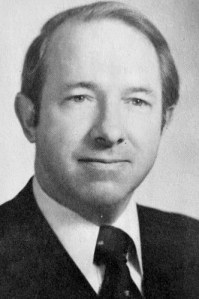 Ed Blanton was educated at Poly HS, Davidson College (’53), Vanderbilt (MA, ’54),and UMd Law School (’60). He also served in the US Army in Germany in ’55 and taught math while attending law school at night. He practiced law in Baltimore for 40 years, and enjoyed mentoring and playing tennis with junior associates and friends whom he called his “sons in the Law.” Ed was active in several organizations including: Long Green Valley Association, Historic Long Green Valley, Inc, CBMC, First and Franklin Street Presbyterian Church, Center Club, Towson Exchange, the Masons and St James Academy, Monkton, MD. He was also politically active and ran for attorney general in 1978 and 1990.

A small private burial will be held at St. James Church in Monkton, where he was received into the Episcopal church in 2017.

Contributions can be made to St James Church.