SUFFOLK, VA – Blanche Eure Rountree, a resident of the River Point community in Suffolk, and formerly of Corapeake, NC, died Sunday, April 18, 2021 at her home.

Mrs. Rountree was born in Eure, NC on July 12, 1928 to the late Wilbur L. and Lucy Parker Eure. In addition to her parents, she was preceded in death by her sisters, Phyllis Lee Eure who died as a child, and Emily Eure Mathias. 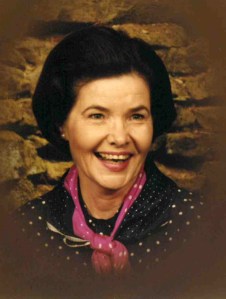 A graduate of the University of North Carolina at Greensboro, she had taught in Goldsboro, NC and in the Gates County School System. She later studied in the Music Departments of Chowan College and Elizabeth City State University, taught piano privately, and shared her gift of music for most of her life.

For many years Mrs. Rountree had been active as a volunteer with a number of church and civic organizations, including the Gates County Historical Society, the Nansemond-Suffolk Historical Society, the Suffolk Literacy Council, Meals on Wheels, and volunteering in the Obici Gift Shop. Until recent years, she planned and provided monthly music programs for a local retirement home. Many Gates County residents will remember her years of creating and directing variety programs in the county to benefit the Heart Fund, and her work to coordinate the annual memorial services at Harrell’s Church. While living in Corapeake, she renovated the L.M. Rountree & Son Country Store and established Corapeake Country Restaurant. After moving to Suffolk, she loved being a part of her River Point community and sharing her love of gardening.

In 1951, she married Linwood Frank Rountree of Corapeake, who died in 1983. She resided in Corapeake from the time of their marriage, raising their family there, and moved to Suffolk in 1995. Since 1951 she had been a been a faithful member of Eureka Baptist Church, where she served for many years as organist and choir director, Sunday School teacher, Youth Counselor, and as an active participant in the Missions organizations of the church.

A private graveside service, for her immediate family, will be held in the Eureka Baptist Church Cemetery where she will be buried beside her husband.

Flowers are welcomed, or contributions in her memory may be made to the Eureka Baptist Church Memorial Fund, P.O. Box 168, Corapeake, NC 27926, or to the Harrell’s Church Fund, in care of Mary Turner Lacey, 148 Turner Road, Eure, NC 27935.

The family extends their gratitude to the caregivers of Heartland Hospice, who served the family with excellence and compassion.

Miller Funeral Home, 304 Main Street, Gatesville, is assisting with arrangements and online condolences may be made to the family by visiting www.millerfhc.com.