PLEASANT HILL – After being briefly hospitalized for an apparent drug overdose, a passenger on a Greyhound bus was arrested for drug trafficking. 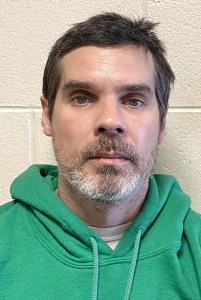 One of the EMTs was given a book bag by the bus driver that belonged to the passenger in question. While searching for identification in the man’s book bag, a clear plastic bag was located containing numerous individual packaged stamped baggies suspected to be heroin/fentanyl. A wallet was also located, containing the identification that was confirmed to be the male subject who was identified as Richard Foster James, 46 of Asheville.

James was transported to Vidant North Hospital in Roanoke Rapids.

Sgt. R. Horton with the Northampton Sheriff’s Narcotics Division arrived on scene where evidence was turned over. Upon further investigation of the plastic bag, Horton discovered 140 bags of heroin/fentanyl and 18 bags of cocaine.

James was arrested at the hospital and transported to the Northampton County jail where he was processed and given a $85,000 bond and an April 8 court date.