EURE, NC – Lillian “Kitty” Greene, a steadfast and loving wife and mother, died Wednesday April 14, 2021 at Northampton Nursing and Rehabilitation Center in Jackson, NC. She was 88 and a longtime resident of the Eure community of Gates County.

While facing a future without Kitty, her family is comforted in the belief that she is reunited with her husband of 68 years, Truman M. Greene, who died just over a year ago. 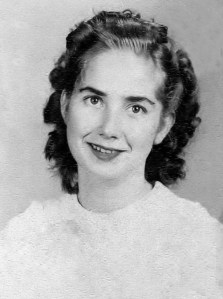 Kitty held her large family together as a chief operating officer of sorts. With seven children and a husband tending the farm, she rarely had a free moment to herself as she filled countless roles.

The kitchen was Kitty’s domain. Her classic Southern cooking was so good her children would secretly wish Sunday church services would end early — because her special fried chicken was waiting at home.

Not just crispy chicken. There would be butter beans, boiled cabbage and potatoes, cornbread, country ham, mac and cheese, and banana pudding for dessert. And of course, sweet tea.

Kitty will also be remembered as a nurturer, holiday-keeper (she kept Christmas well), gardener, enforcer, nurse, bookkeeper, and family band leader. She never forgot a birthday, and there was always a homemade cake.

She was fiercely protective of her children, and Kitty passed along advice on jobs, relationships, even fashion choices. When necessary, she wasn’t afraid to speak hard truths.

But it was her sweetness that everyone remembers. Among her sayings was “Pretty is as pretty does,” a reminder that how you treat others speaks volumes.

Lillian Christine Jones grew up in the Eason’s Crossroads section of Gatesville, the third of four children of Riddick and Lillian (Hayes) Jones. She got the nickname Kitty, the story goes, when a brother took one look at her in the crib and decided she resembled a cat.

Her family knew hard work, and hard times, as they tried to coax crops from a small farm they did not own. She learned to play guitar and sing country and gospel songs at an early age. Kitty was also a good student who became the first in her family to graduate from high school (Gatesville, Class of 1951.)

She was in her early teens when she met Truman at the local store one evening. They bonded over their mutual love of music and married after her graduation, building a life together that continues to inspire their children and grandchildren.

While Truman worked the land, Kitty somehow made ends meet. Kitty, whose family lacked the resources to send her to college, worked hard for her own children to accomplish that goal. She was on a first-name basis with the financial aid officers at two state colleges and somehow always found an extra $20 bill to send back to campus with her children – along with leftovers.

Kitty’s gift of music left a lasting legacy. She was the driving force when the children formed a country band that performed at farm suppers, store openings, and on local television. Decades later, when the family made several gospel and country CDs, her song selection and strong voice unified the group. Kitty also contributed her lilting alto to the Eure Christian Church choir for many years.

In their later years living at home, Kitty and Truman’s touching devotion to one another provided a sweet coda to their long lives together. Before they turned in each night, he would say to her: “I love you, Mrs. Truman Greene.” And Kitty would respond: “And I love you, Mr. Truman Greene.”

Kitty is survived by a sister, Mary Ann Parker of Edenton; and her children: Larry (Paula) of Niceville, Fla.; Gerald of Eure; Otis of Nashville, Tenn.; Paul (Rebecca) of Durham; Emily Winslow (Barry) of Corapeake; Anne White (Lee) of Jackson; and Roy (Tinker) of Cambridge, Mass.

She also leaves 11 grandchildren who will cherish her hugs and special attention: Richard, Kimberly, Travis, Jennifer, Danielle, Jon, Garrett, Morgan, Lauren, Lindsey, and Truman; and nine great-grandchildren (plus one on the way).

The family would like to thank the staff at Northampton Nursing and Rehab for their care, and Truman and Kitty’s longtime neighbors for their kindness and attention over the years.

Arrangements are by Miller Funeral Home in Gatesville. Because of pandemic restrictions, there will be no formal visitation. The funeral will be Tuesday, April 20 at 11 a.m. at Eure Christian Church. COVID protocols will be followed.