JACKSON – A local man is behind bars, held on a $1,000,000 secured bond following his arrest on several sex offenses involving a minor. 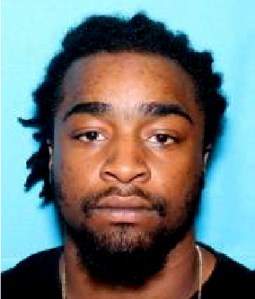 The warrants were the result of an investigation that began March 1 for sexual crimes involving a juvenile female.

Upon investigation by Northampton Sheriff’s Captain Patrick Jacobs, warrants were obtained on Monday of this week for Ponton’s arrest.

Ponton was charged with two counts of statutory rape of a child under 15 years old, one count of indecent liberties with a child, one count of contributing to the delinquency of a juvenile, and one count of soliciting a juvenile by computer / electronic device and appear to have sex. Ponton has a court date scheduled in Jackson on April 8.

Northampton County Sheriff Jack Smith stated he would like to thank Capt. Jacobs for his efforts in this investigation and obtaining warrants against this subject. Smith encouraged anyone with information about a sexual crime or the victims of sexual crimes involving children or themselves to please report the same to the Northampton Sheriff’s Office or their local law enforcement agency.

“The Northampton County Sheriff’s Office will continue to work closely together along with other agencies. Our agency takes cases of this magnitude very serious, we will investigate it to the fullest extent and when it’s obvious that there is a violation of law charges will be obtained,” Sheriff Smith said.