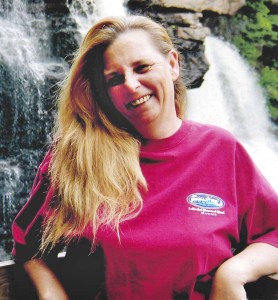 Born in Canton, OH on May 11, 1963, she was the daughter of the late Dee and Mary Gladys Pierce Strawder. Raised in West Virginia, she attended Randolph County schools. Later, while living in North Carolina, she attended College of the Albemarle where she studied in the FUNSAR program. Among her areas of training and expertise and as a member of the Gates County Rescue and EMS Station 80, she served as an emergency vehicle driver, was training in the helicopter training program, and was involved with NorthEast Search and Rescue. She also had the achievement of training and certification for ICS-400 Intermediate ICS for Expanding Incidents. For many years she had been employed as a home health care aide and later as security guard.

A Baptist by faith, she attended Center Hill Baptist Church until her health no longer permitted, and was an avid member of Sea Shepherd Global. Other enjoyments in life included her love of cooking, sewing, and attending the Annual Nansemond Indian Pow Wow whenever possible.

In addition to her parents, she was preceded in death by her husband, Ronald Zelinski; twin infant children; a sister, Debra Waldron; and her best friend, Louise Harris.

A devoted wife, mother, and grandmother who dearly loved her family, she is survived by her fiancé, Richard Brittingham of Edenton; her daughter, Laura Fortney; two grandchildren, Talitha Fortney (Cardell) and Thomas “T.J.” Edgell, Jr.; a great-granddaughter, ZarraDawn Soffia Fortney-Osborne, all of Elkins, WV; a sister, Thelma Motz of Magnolia, OH; a brother, Dee Strawder, Jr. of Charleston, WV; a special nephew, Ralph Motz of North Canton, OH; and other nieces, nephews, and extended family members and friends.

A memorial service will be held at a later date in Elkins, WV.

A special thanks is expressed to Albemarle Home Care & Hospice, the staff and physicians at Vidant Chowan Hospital, to Pastor Russell Blanchard of Center Hill Baptist Church, and to her dear companion, Richard, who has provided her great care and who has shown so much love and devotion for many years.

Miller Funeral Home & Crematory, 735 Virginia Road, Edenton, is assisting the family with arrangements, and online condolences may be made by visiting www.millerfhc.com.

“Live each day in the moment, because tomorrow is not promised.”