RALEIGH – He rose from humble beginnings in a rural area to a position of national prominence.

Family and friends of Murfreesboro native Dr. Lee Vernon Stiff are sharing recollections of this man who became known far and wide as an “educator of educators.”

Stiff passed away at the age of 72 on March 19. He joined the faculty of Mathematics and Science Education at North Carolina State University in 1983. At the time of his retirement in 2020, Dr. Stiff was the Associate Dean for Faculty and Academic Affairs in the College of Education. 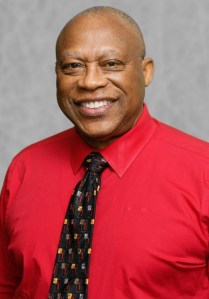 “I’ve known Lee since childhood,” said Ronnie Eley from his home in Georgia. “We met when were five years old at the kindergarten that Mrs. Rouson had (in Murfreesboro).

“There was this kid running around, climbing trees, wearing green shorts,” Eley continued. “Lee’s shorts went down to his knees, at a time when most kids’ shorts were very short.

“Lee was a very good student, conscientious – he had a very good work ethic,” his childhood friend recalled. “He played the piano, sports – whatever it was, he put in the work to excel.”

Another classmate recalls Stiff’s willingness to help others.

“I met Lee at Riverview Elementary School in fifth grade, and we were classmates through C.S. Brown High School,” said Priscilla Cooper Epps. “Lee was a good classmate, very knowledgeable. The math teacher would sometimes leave the classroom – twelfth grade advanced algebra – to take care of other duties, and Lee taught the class!

“Lee was always good in math – it was almost natural for him,” Epps recollected. “What he did in the worlds of science and math is amazing.

“He helped his classmates,” Epps said. “He was quiet, reserved person growing up, always a gentleman. He seemed more outgoing at our class reunion a few years ago.”

Epps said when her friend met Renee Flood, it was love at first sight.

“Lee and Renee dated all through high school,” Epps recalled. “Lee was Renee’s only boyfriend, and Renee was his only girlfriend.”

Stiff was also a well-rounded person, having participated in music and sports.

“He took piano lessons from Mrs. Barbara Flood, Dr. Dudley Flood’s wife,” Eley said. “He started in the sixth grade and continued into high school. He was fairly accomplished.”

Stiff was also an athlete while growing up.

“Lee played baseball from elementary school through eighth grade,” Eley explained. “He was catcher and second baseman. At that time, Murfreesboro had a semi-professional team, and Lee was on it. Lee was the youngest player, about four or five years younger than the other players. Robert Vinson coached the team.”

“Lee started playing football his freshman year (at C.S. Brown High School),” Eley said. “He was quarterback and played defensive back early on. He didn’t get to start until his junior year. Lee didn’t play sports in college.”

C.S. Brown High School, from which Stiff graduated in 1967, had no clubs while Stiff and Eley attended.

“Lee was class president all four years,” Eley shared. “He participated in school plays, too. In fact, Lee was a leading character one year. The play competed at the state level in Raleigh, and he was the leading male actor. The theatrical advisers were the late Mrs. Elsie Bottoms and the late Mrs. Shirley Savage. Both were English teachers.”

It is uncertain whether Stiff participated in extracurricular activities during his undergraduate days at the University of North Carolina at Chapel Hill (UNC).

“Maybe not, because Lee was one of less than 20 black students in that class,” Eley said.

Stiff displayed an interest in mathematics at a very young age.

“From third grade on, he was always the standout person in math,” Eley recalled.

“We were working pretty advanced problems, and Lee got an answer that was different from the teacher’s guide,” Eley said. “He and the teacher, (the now late) Algurnia Murray debated the answer back and forth. She finally said, ‘Lee, if you don’t agree with the answer, you go and write your own math book.’ Years later, he did. Lee wrote 70 math books for elementary, middle and high school.”

Stiff became a member, and later, president of the National Council of Teachers of Mathematics (NCTM).

“NCTM was a professional organization that was an extension of what Lee did,” Eley said. “One of his professors suggested that he attend the conference. He did, was impressed and said, ‘I’d like to be president of this organization someday,’ and he did. Stiff received the NCTM Lifetime Achievement Award in 2019, a year before retiring.

Stiff was also a dedicated friend.

“Growing up, there were three of us – Lee, Ernest Taylor, and me – The Three Stooges,” Eley recalled, laughing. “On Mother’s Day 1983, Ernest was killed by a hit and run driver while jogging. The person was later found.

“Lee called me and told me, saying we should attend Ernest’s funeral,” Eley continued. “I was living in Memphis, Tennessee, then, and Lee was in Charlotte, teaching at UNC-Charlotte. I drove to Charlotte, picked up Lee, and we drove to Ernest’s funeral in Hampton, Virginia. We did a lot of catching up during the drive there and back.”

“Publicly, he had a quiet demeanor,” recalled nephew Dr. Roy D. Flood, Jr. “At home, he was a jokester, fun-loving, who loved a good debate.

“He was proud that his daughters followed in his footsteps,” Flood continued.. “His older daughter, Diarra, is a physics professor at Duke University. His younger daughter, Morgan, is a filmmaker who lives in Raleigh and Los Angeles.

“He was not as much of an older uncle, but kind of a big brother,” Flood said. “I visited him and Aunt Renee in Raleigh while I attended UNC. He was also well traveled and a nationally renowned speaker.

“He had a quiet exterior initially but had a heart of gold,” Flood recalled. “He would do anything to help family and friends. He took in my grandmother.”

Flood, a cardiologist and elder son of the late Dr. Roy D. Flood, Sr., spoke of his uncle’s guidance.

“He was good in terms of career planning,” Flood noted. “Also, he was not afraid to admit what he did not know.

“Lee’s legacy was his commitment to his profession – he touched the lives of many,” Eley said. “His continuing work ethic, his students’ personal access to him, the hundreds of young people whose lives he touched – that is his legacy. He also made math a course of study that children at any level could obtain.”