It was in 2010 when he played the lead role as Jesus Christ in a church play titled, “I’ll Rise Again,” at the C.S. Brown Cultural Arts Center located in Winton. The play was staged by his church, Parkers Grove Baptist of Mapleton. 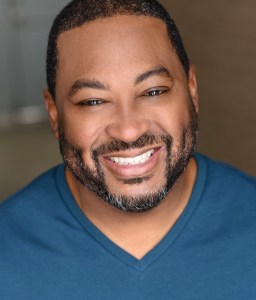 “I didn’t do anything else like that for a time afterwards as God moved me in a different direction,” said the former law enforcement officer who went on to earn a degree in ministry.

Nowadays, the “acting bug” has bit him again as Ash-Shakoor is preparing for the release of his second lead role in a feature film.

The film features a sequence of events that greatly impact Cain and Abel, their mother, and everyone in the village of raising these young men. Nothing short of what many know as the biblical account of Cain and Abel, McQueen’s thrilling drama reveals many messages of real life dramas we all face today in a village raising youth.

The film also features his wife, Tanesha Ash-Shakoor, JD, who plays a judge. She is a native of Edgecombe County.

The “Cain and Abel” premiere and Red Carpet event will take place on Saturday, May 1, five days before Aqeel’s 51st birthday, at the Emagine Royal Oak Theater in Royal Oak, MI.

In the meantime, Aqeel is counting down the days prior to the April 10 season premiere of “Smoking Good”, a TV series. He had played “bit” roles on other TV shows, but this marks his first as a regular on a series.

“It’s all been a blessing for me; God has kept his mighty hands on me,” said Aqeel, speaking to the Roanoke-Chowan News-Herald this week from his home in Lansing, Michigan. “I’m comfortable in front of a movie camera; this is something I enjoy doing.”

Five years after his 2010 performance in Winton, Aqeel landed a spot in a TV commercial.

“It’s been on like hotcakes from that point forward,” he laughed.

While preparing for his next Red Carpet event, Aqeel has been nominated as Detroit’s Favorite Actor. Voting for The Detroit Choice Awards continues until March 30. The top three finalists in each category will be announced on April 1.

You can show your support for this local native by casting your vote at www.detroitchoiceawards.com. You may vote more than once.

Aqeel’s first lead role in a feature film came last year in “Turn of the Cheek.” That film was released Aug. 29 on Vimeo on Demand. It’s a faith-based film centering on

Forgiveness that was written and directed by Janaya Black of Black-Smith Enterprises.

Prior to these two TV movie roles, Aqeel landed his first ever modeling job in May 2015 with the well-known Mid-West Fashion show, “Walk Fashion Show.” Since then, he has filmed several commercials on the national level, feature films, and short films. He has also co-starred in the popular “Chicago Med” on NBC and has been featured in other TV shows on the major networks, to include “The Chi.” 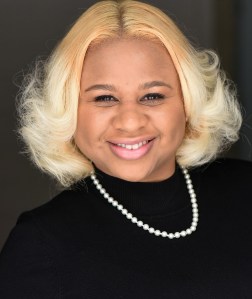 After relocating his family and himself back in Hertford County in July 2000, Aqeel begin working as a Deputy Sheriff for the Hertford County Sheriff’s Office for the next seven years before returning to college to earn his Bachelors of Science Degree in Business Administration from Saint Paul’s College in Lawrenceville, VA and then earning his Masters of Science Degree in Criminal Justice from Everest University in Tampa, FL.

In 2010, Aqeel returned to North Carolina, employed by the Bertie County Probation and Parole Office.

Shortly after relocating to Lansing, MI in 2013, Aqeel and his wife graduated and received their Doctorate Degrees in Ministry from the Chaplaincy International Canadian Association (C.I.C.A.) University & Seminary, Houston, TX. They were appointed Ambassadors At-Large to the United Nations, and planted their church ministry, Walking With Christ Worship Center.