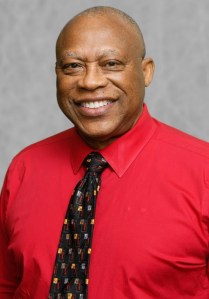 Throughout his career, Dr. Stiff actively worked to improve mathematics education at the state and national level for all students. Dr. Stiff was regarded as an excellent math teacher and known for his insightful, passionate, and innovative approaches to equity, student access to high-quality math teaching, and course placement disparities. He co-authored more than 70 primary and secondary education textbooks in mathematics. From 2000 to 2002, he served as the President of the National Council of Teachers of Mathematics. Dr. Stiff was Co-Founder and President of EDSTAR Analytics, Inc., a consulting firm that aids school districts in using data-driven decision models to improve student success and teacher effectiveness.

Aside from the contributions he made to his discipline, Dr. Stiff also applied his talents to visual arts. In the 1970s, he created some of the earliest examples of the music video during his graduate studies, well before the medium became a daily part of American youth culture. As President of Morgan’s Mark, a film production company based in Los Angeles, Dr. Stiff produced a number of films, including Mississippi Damned (2009) in which his original song “Day by Day” is featured, Solace (2018), and Working Man (2019).

“Luck is the residue of hard work”—an idiom that Dr. Stiff applied to all aspects of his life. He was a dedicated, supportive, and loving husband and father, pouring into his children’s dreams and championing their ability to achieve their goals. Anyone who knew him also knew his insight, encouragement, and compassion for others. In his personal life, he played the piano, loved to travel, had an enthusiasm for musicals and classic film, and was an avid fan of British television.

Dr. Stiff is survived by his two daughters, Adrienne Diarra Stiff Roberts (Francis) and Morgan Rashida Stiff; and two grandsons, Kingston Roberts and Phoenix Roberts. Additional survivors include many loving relatives, especially siblings-in-law, nieces, nephews, cousins, many devoted and caring friends, and former students who benefited from his decades of mentorship. He was predeceased by wife, Renée (2010)—his truest love, strongest support, and fairest critic—and described the source of their exemplary union: “because our roots were intertwined from the beginning our destiny was always as one.”

In lieu of flowers the family has requested that remembrances be made in the form of contributions to the NC State College of Education’s Agnes and Garfield Stiff Endowment, a fund set up by Dr. Stiff to honor his parents and to benefit future educators. (https://bit.ly/3c7zoJA)

Lea Funeral Home in Raleigh is handling the arrangements.