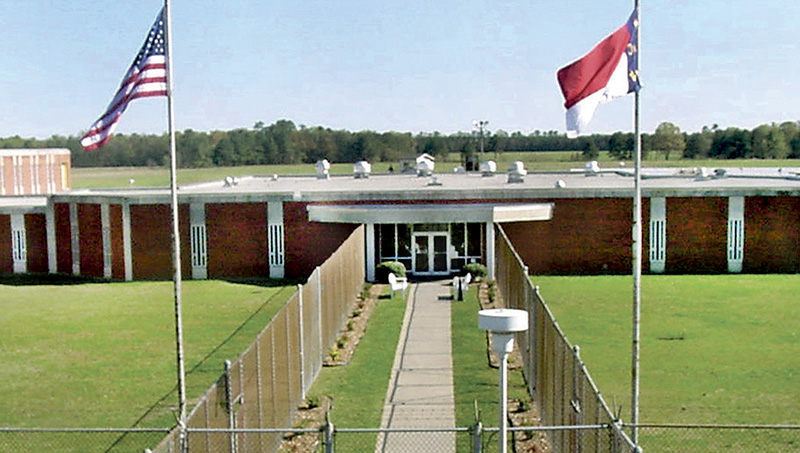 Odom Prison, located near Jackson, has been closed since the fall of 2019. File Photo

JACKSON – With operations at Odom Correctional Institution still suspended by the state, the Northampton County Commissioners are hoping to use the old prison to relocate its jail facility.

The board passed a resolution of support following a closed session at their regular meeting here on March 15. The vote was unanimous after a motion by Commissioner Kelvin Edwards and a second from Commissioner Nicole Boone.

As noted in the resolution, the North Carolina Department of Public Safety (NCDPS) suspended operations at Odom in Oct. 2019, and they may no longer have a meaningful need or use for the prison.

The resolution also stated that “Northampton County’s present jail facility located in Jackson is outdated and in need of replacement.”

Using the Odom facility as a replacement jail would provide the county with “an immediate and lasting upgrade to its correctional and law enforcement capabilities without the corresponding financial burden associated with constructing a new facility.”

Because of these reasons, the commissioners support NCDPS conveying Odom Prison to the county for no monetary consideration.

As previously reported by the News Herald, NCDPS chose to “temporarily” shut down the Odom facility—along with Hoke Correctional Institution in Raeford and Tyrrell Prison Work Farm in Columbia—in 2019 to provide more workers to other understaffed prisons.

According to Northampton County local government attorney Scott McKellar, county leaders originally made inquiries into acquiring the property not long after its initial shutdown in 2019. Now the Board will send their resolution of support to their state representatives, Rep. Michael Wray and Senator Ernestine Bazemore.

“The county is hopeful that a bill or some form of action at the state level will be taken to authorize the property conveyance to the county,” McKellar explained.

Northampton County Sheriff Jack Smith told the News Herald that the county’s current jail facility is in decent shape after upgrades over the years, but can only hold up to 95 people and does not have the space to expand any further.

“If we’re able to secure Odom Prison, we would be able to house more people,” Smith explained.

Currently, Smith said they have to send juvenile offenders to other facilities as far away as Greenville, Butner, and the western part of the state because they have to be housed separately from adult offenders. The Odom facility, however, would provide enough space to separately house both. He also noted that this would cut down on travel time for deputies who have to transport people to other facilities.

Additionally, the extra space would allow Northampton County to house inmates from other surrounding counties if their own jails are full, which would help cut down on overcrowding of facilities throughout eastern North Carolina.

“That facility is very secure. It’s got a fence around it as well as all kinds of security on the inside,” Smith said of other benefits to using Odom Prison. “They have a lot of single cells down there. And that itself will reduce crime and violence inside the facility as well.”

Sheriff Smith said it would be a “win-win” if the state decided to convey Odom Prison to Northampton County. He thanked the county’s Board of Commissioners, Economic Development Director, County Manager, and others involved for their support and hard work.

“Ultimately it’s for the betterment of Northampton County citizens as well as the surrounding counties and their citizens,” Smith concluded.

Odom Correctional Institution is located outside of Jackson off of Bryantown Road on land the state purchased from the Odom family in 1958. The 300-bed prison opened in 1961. Later renovations expanded the facility’s capacity to 352 offenders.