WOODLAND – More charges have been filed against a local man allegedly involved in a rash of residential break-ins and thefts in two counties.

On Thursday of last week, warrants were obtained and served to Jalik Lassiter, age 21 of Woodland, in reference to a break-in that occurred in Woodland on Feb. 7. 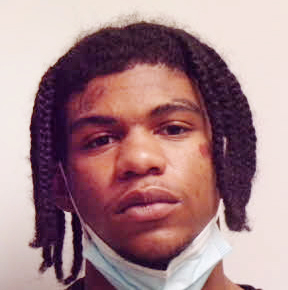 According to Woodland Police Chief Eddie Hoggard, a homeowner was alerted by Simplisafe (a company offering home security devices) and Northampton Communications was called for a breaking and entering in progress. Deputies were dispatched as well as a Conway Police officer.   “However, by the time any officers arrived, the suspects had left,” said Hoggard, who was not on duty on Feb. 7. “A broken window and open door were found and officers cleared the residence.”

Hoggard added that the homeowner arrived and items were found to be missing, to include a firearm, a television, and a safe containing personal information and some valuables.

“The homeowner was able to show a video from a Simplisafe camera that was able to capture the face of one of the subjects whom was later identified as Jalik Lassiter,” Hoggard said.

He was served by Northampton County Sheriffs Office and taken before a Magistrate where bond was set at $15,500 unsecured.

Hoggard said that audio evidence from the security camera leads him to believe that there was more than one suspect involved in the Feb. 7 break-in.

“I would like to thank the Northampton Sheriffs Office and the Conway Police Department for their assistance with the case,” Hoggard said. “Northampton County has a dedicated law enforcement core that will continue to work together by cooperating and communicating to help solve cases and bring subjects to justice for the victims.”

Prior to the Woodland arrest last week, Lassiter was charged with identical crimes twice over a period of nine days.

Later on March 9, Lassiter ran into a wooded area near Tri-County Airport after breaking into a residence along NC 561. There he was found by Hertford County Sheriff’s deputies, with assistance from the Ahoskie Police Department, and charged with possession of firearm by a felon, injury to personal property, injury to real property, felony conspiracy to commit breaking and entering, felony breaking and entering, felony larceny, and felony safe cracking.

Also arrested and charged by Northampton and Hertford County deputies for the March 12 and March 9 break-ins was 19-year-old Amonzia Spivey of Windsor.