Holland elected chair of Chesterfield County, Virginia, Board of Supervisors

CHESTERFIELD COUNTY, VA — James “Jim” Holland, the Dale District supervisor and longest tenured current member of the Chesterfield County, Virginia, Board of Supervisors, will lead the board as its chair in 2021.

Holland is a native of Gates County. 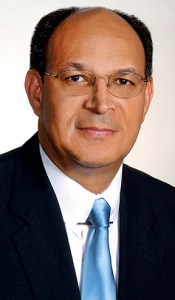 In his role as chair, Holland is responsible for overseeing board meetings and public hearings and communicating board directives to the county administrator and other staff.

Holland also represents his respective district and the full board at many local government and community functions and serves as the board’s spokesperson regarding media inquiries and many other countywide matters.

“It’s a great honor and privilege to have served my constituents of the Dale District for so many years and I am humbled by the faith and trust my fellow board members have in me to serve as their chair,” Holland said. “We have accomplished great things because we recognize the importance of local government working in step with the community we serve.”

Holland is leading an experienced board that over the past year has successfully navigated many challenges related to the COVID-19 pandemic and related economic impacts while transitioning many local government services and programs to be delivered virtually. Nearly all county services have continued throughout the pandemic and have achieved delivery enhancements that are shaping how local government provides public services well into the future.

Holland earned his MBA from North Carolina Central University and a bachelor’s degree in business from Fayetteville State University, with honors.

A U.S. Army veteran who volunteered his service, Holland was stationed at Fort Bragg in the 118th Military Police company as a paratrooper and military policeman during the de-escalation of the Vietnam War. Holland is retired form Philip Morris USA and International and is currently a professor of accounting and CPA advisor at Virginia Commonwealth University. He is also president of Holland & Company CPA, a certified public accounting firm in Chesterfield County.

Holland is an active member of the American Institute of Certified Public Accountants and Virginia Society of CPAs. He’s been appointed by three Virginia governors to serve on boards and commissions, including the Virginia Board of Accountancy (2013-2017), the National Association of State Boards of Accountancy’s Ethics and Continuing Professional Education Committees (2014-2017), and the Virginia Public School Authority Board of Commissioners (2002-2008). He is also actively involved in community organizations, including the Chesterfield County Drug and Alcohol Abuse Task Force, Chesterfield County Council of PTAs, the Jacobs Athletic Association, and Manchester High School Band Boosters Club.

Holland is also a deacon and Sunday school teacher at First Baptist Church Centralia. He and his wife, Judith, a retired teacher for Chesterfield County Public Schools, have two adult children.

NCHSAA Board of Directors finalize realignment