Conway singer pursues his dreams on The Voice 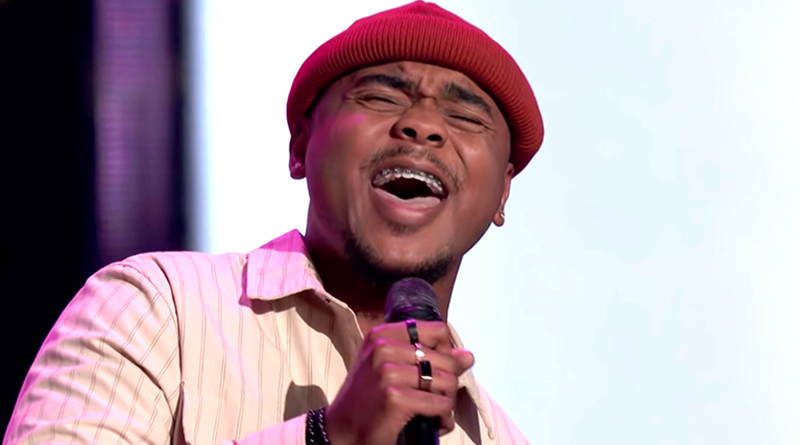 Deion Warren of Conway impressed the judges with his rendition of “Shallow” during his appearance on NBC’s “The Voice” on Tuesday night. Warren was selected by judge John Legend and will advance to the next round of the competition. Photo courtesy of NBC / The Voice

CONWAY – It’s not every day you see “Conway, NC” on the screen of a nationally broadcast television show. But viewers of NBC’s The Voice saw the Northampton County town listed under Deion Warren’s name as he took the stage to sing for the judges on the March 9 episode.

Deion, a 2011 graduate of Northampton County High School, is one of the singers competing on the 20th season of the popular show.

“It’s one of his dreams that he’s always wanted to do, and I’m very excited he has accomplished that dream,” his mother Alice Warren told the News Herald in an interview.

His father is Bobby Warren, a pastor. Deion also has two siblings, Tamisha Vaughan and Jibril Warren, and one nephew, Ja’Cori Warren. The family has a strong background in the church. 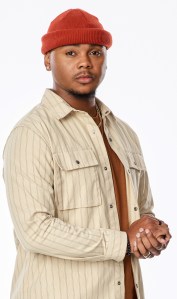 Deion Warren currently works as a probation officer in Emporia, VA while still pursuing a possible career in music. Photo courtesy of NBC / The Voice

Alice said her son started preparing for the show last August, but he’s been singing his whole life. His main focus is gospel, but he sings a little bit of everything.

“He started singing in the choir at church when he was three years old. Had a robe specially made just for him,” Alice recalled, adding that his first song was a performance of “Trouble Don’t Last Always.”

The family are members of First Baptist Church of Conway, where Rev. Mark A. Barfield is currently the pastor.

“Deion is a well-rounded and respectable young man. He has an outgoing personality that makes it a joy to be in his presence,” Barfield said. “He has always been active in the church, participating in the choir and youth ministry. The First Baptist Church of Conway is proud of him.”

His family, of course, is just as proud.

“He did an excellent job,” Alice said of his first performance on the show.

The video of Deion singing a cover of “Shallow”, originally performed by Lady Gaga and Bradley Cooper, is available on YouTube. After his song, Deion had three judges to choose from and he selected award-winning singer/songwriter John Legend, who will mentor him as the show continues.

Deion is also a graduate of Elizabeth City State University with a degree in criminal justice. He now works as a probation officer in Emporia, but Alice said he’s continuing to pursue his musical aspirations as well.

“Now that he’s made The Voice, he’s going to see where that leads him. Wherever the Lord takes him, that’s where he wants to go,” she said.

But no matter the results of the singing competition, Alice said, “he’s still done well, and we’re still very proud of him.”

As Deion continues, Alice said her advice to her son would be to always put God first and let God lead.

For now, Deion will be representing his hometown of Conway on the national stage.

“People wonder if anything good comes out of Conway, and we say, yes something good can come out of Conway,” Alice emphasized. “He’s a fine example. You just got to make up your mind on what you want to do.”