AHOSKIE – The life of a promising young football player was cut short near here Friday while another young man faces the possibility of life in prison for murder. 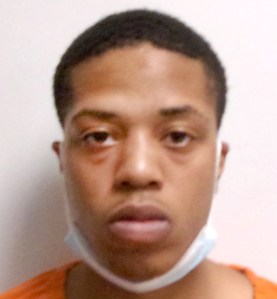 Vashaun Tremaine Smith Jr., 18, of Ahoskie was gunned down shortly after 9 pm outside his home on Quail Ridge Lane. Smith, who played linebacker on the Hertford County High School football team, was rushed to Vidant Roanoke-Chowan Hospital where he died.

His shooter – 24-year-old Terrance Terrell Joyner of Cofield – immediately turned himself in to the Hertford County Sheriff’s Office following the shooting.

“There was some sort of altercation between Mr. Smith and Mr. Joyner at Mr. Smith’s home,” said Hertford County Sheriff Dexter Hayes. “At some point, Mr. Joyner produced a weapon and fired at Mr. Smith.

“Mr. Joyner then called our 9-1-1 Center to advise he had shot someone and was turning himself in,” Hayes continued. “He arrived at the Sheriff’s Office and was detained for questioning. He was in possession of a handgun, which we seized. Mr. Joyner was formally charged with murder following the interview.”

Hayes added that an investigation was ongoing in search of a motive for the deadly encounter.

“It’s such a shame to see a life taken senselessly at that young age,” Hayes said. “I feel badly for the victim’s family, but also for the suspect’s family as well. If this case proceeds as charged through the court system, the suspect’s family will lose a loved one as well.”