Mr. Riddick was born in Gates County on November 4, 1934, and was the son of the late Lee and Susie Benton Riddick. In addition to his parents, he was preceded in death by his first wife, Mary Lou Benton Riddick; and by his brother, Clyde Lee Riddick. 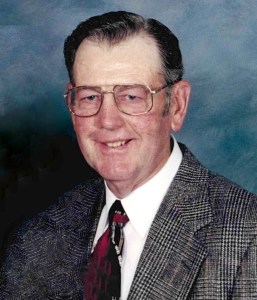 Mr. Riddick spent his life farming. A pork producer for many years, in the 1970’s he served on the Board of Directors of the Hampshire Swine Registry; in 1973 had the National Champion Boar, the first farmer to do so east of the Mississippi; and was the first “Pork All-American” selected from North Carolina.

A life-long member of Parker’s United Methodist Church, he was a member of the Corapeake Hunt Club, and had served in the United States Army during the Korean War.

A graveside service will be held Tuesday, March 2 at 3:00 p.m. in Parker’s United Methodist Church Cemetery and will be conducted by the Revs. Joan Fischer and Terry Williams. With the restrictions associated with the Covid-19 Pandemic, no formal visitation is being held, however friends may visit with the family at the residence. Masks and social distancing measures are encouraged.

Memorial contributions may be made to Parker’s United Methodist Church, in care of Lena Benton, 1255 Middle Swamp Road, Corapeake, NC 27926.