The bigger the dream, the better the reward

GATES – Will she walk the hallowed educational grounds at the prestigious Harvard University, or as a devoted “Tarheel” fan will she follow in her mother’s footsteps and attend UNC-Chapel Hill on a full academic scholarship? 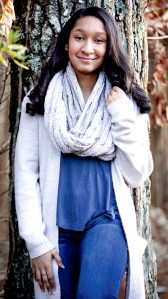 Jordan Mitchell has been accepted for enrollment into both Harvard University and UNC-Chapel Hill. Contributed Photo

Jordan – the daughter of Darren Mitchell Sr. and Angela Kent-Mitchell of Hackney Road in Gates – is currently dual enrolled in classes at GCHS as well as the College of the Albemarle. She has received letters of acceptance to Harvard University and UNC-Chapel Hill, the latter of which has also extended her the opportunity to join its Honors Carolina program. That program is reserved for UNC’s top undergraduate students and offers one-of-a-kind courses taught by distinguished faculty members, customized global fellowships, and cutting-edge research opportunities.

She is also a finalist for the prestigious Morehead-Cain Scholar Program. Only 75 (six percent of the nominees) will earn that honor for 2021 and Jordan will be notified later this month of the outcome.

Jordan said she received her acceptance letter from Harvard on Dec. 17, learning that she was among the 747 students from a pool of 10,086 applicants (7.4% acceptance rate) to be awarded a spot at the nation’s oldest institution of higher education (founded in 1636).

“The news of the acceptance made me feel elated, shocked, and slightly overwhelmed,” Jordan said. “It was truly an amazing blessing, knowing that this was the culmination of my hard work.

“Attending Harvard has always been a dream of mine, though never openly expressed due to the slim probability of it coming to fruition,” she added. “Although I was recently accepted to Harvard, I have decided to leave my options open. I plan to weigh the pros and cons of each college or university in order to make the most practical decision.”

That latter statement means that attending UNC-Chapel Hill is also a possibility.

“I was always raised as a Tarheel fan, as my mom is an alumna of UNC at Chapel Hill,” Jordan noted. “It would be a wonderful opportunity to receive a full-ride scholarship to Carolina because it would allow me to remain in my home state, my Associate’s in Arts degree would transfer, allowing me to enter UNC as a junior, and the possibility of graduating debt free is very alluring.”

She received her letters of acceptance to UNC and the Honors Carolina program on Jan. 27.

Whichever path she takes, Jordan said she plans to major in Psychology.

“That field has always fascinated me, and is multifaceted in its uses,” she said. “I hope to either attend Law School to work in education law or to obtain a Doctoral degree in order to pursue a career in post-secondary education. I have always been passionate about higher education, and I look forward to sharing my journey and experiences with other students.”

When asked to identify her favorite teacher/mentor up until this point, Jordan said it’s not possible to narrow that list to just one individual.

“It’s very difficult to identify one favorite teacher because I have had the pleasure of learning from so many great ones, but I would like to take this opportunity to thank Mrs. Tammy Boone (Assistant Superintendent for Gates County Public Schools), Mr. Jonathan Hayes (Gates County High

School Principal) and Mrs. Catherine Baker, who taught me Precalculus, AP Calculus, and AP Statistics, for their unwavering support.”

Despite her “double duties” in class, as both a GCHS senior and taking courses through the College of the Albemarle to earn an Associate’s Degree, Jordan still finds the time for extracurricular activities. She serves as President of the GCHS Student Government Association, President of Phi Theta Kappa, is the Secretary of the HOSA Chapter, a member of the Senior Beta Club and the Student Leadership Team, and involved with the Massachusetts Institute of Technology Talented Ten Program.

Athletically, Jordan has been a member of the GCHS Cross Country team since she was a freshman.

She is a member of Stoney Branch Missionary Baptist Church.

Outside of school and church, Jordan is also gainfully employed as an administrative assistant at Hertford County Board of Elections. She also was a poll worker during the November 2020 election.

“In my opinion, the election of 2020 was one of the most pivotal moments in American history,” she stressed. “Although I was too young to vote, I was determined to contribute to the voting process in some way. I began working as an administrative assistant and poll worker at the Hertford County Board of Elections office in early October. I gained invaluable insight into the inner-workings of the election process.

“Beyond the live events that flood television screens on election day, I now have a genuine appreciation for how much work is required behind the scenes, both before and after November 3rd,” she added.

Jordan is the granddaughter of Glenn and Lorraine Mitchell of Ahoskie, Jacqueline Jefferson of Ahoskie, Otis Jefferson of Ahoskie, Phyllis Kent of Gates, and William Kent of Virginia Beach, VA. She credits her parents and other family members for the values they instilled in her as well as emphasizing the importance of hard work.

“I hope to inspire others to reach for the stars and to not be limited by the environment from which they come,” Jordan remarked. “I would like to challenge them to advocate for their own education and to use whatever resources they have available to their fullest potential.”

She continued by saying, “I know the importance of trailblazing as it is inherently found throughout life. It is important to dare to take the path less-traveled in order to accomplish unlikely goals. My intention was to prove to myself, and others, that students from rural communities can succeed in academic endeavors thought to be reserved for urban areas.”

Jordan encouraged others from rural areas to dream big.

“We need to realize that we all possess limitless opportunities if we are brave enough to explore them. It’s really not about my accomplishments, it’s about the impactful achievements that countless rural community students have contributed and will continue to contribute, to a world that should pride itself on social diversity and differing perspectives,” she concluded.