WELDON – A Northampton County man wanted for his alleged involvement in a shooting last month was arrested here Feb. 4. 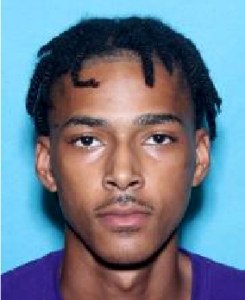 Kenya Stansbury, age 18, of Garysburg was taken into custody by the Weldon Police Department on outstanding warrants from Northampton County. The warrants charged Stansbury with assault with a deadly weapon intent to kill, and assault by pointing a gun.

These warrants were the result of an investigation conducted by Northampton Sheriff’s Office Sgt. D. Shephard that began on Jan. 27 when officers responded to a shooting in the Garysburg Housing Projects where a male subject was being shot at. Upon further investigation by Sgt. D. Shephard, he was able to determine that Stansbury was responsible for the shooting.

There were no injuries reported in the shooting.

“We take these types of assault calls very serious and we are committed to doing all that we can legally do to protect others. I would like to thank all the responding officers and Sgt. Shephard for handling this case investigation,” said Northampton County Sheriff Jack Smith.

State lawmakers look to eliminate hand-held cellphone use by…