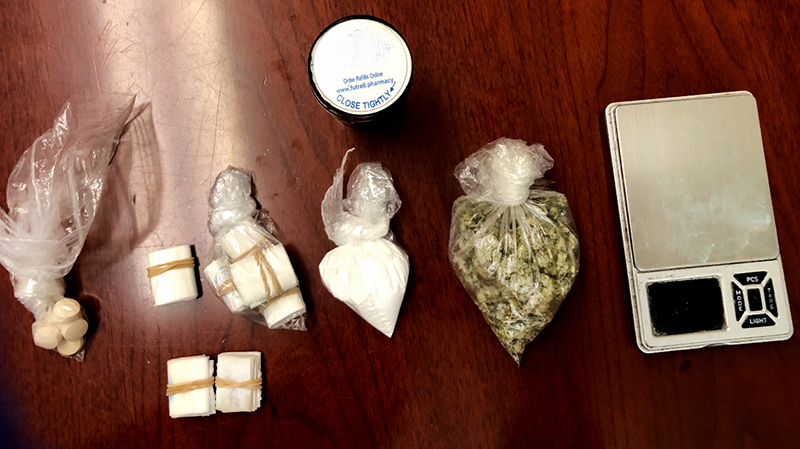 Fourteen grams of cocaine, 15 grams of marijuana, 70 bindles of heroin, pills, and a digital scale were seized from a Woodland residence on Wednesday. Contributed Photo / Down East Drug Task Force

WOODLAND – The end of a lengthy investigation resulted in the arrest of a Woodland man here Wednesday on several drug charges. 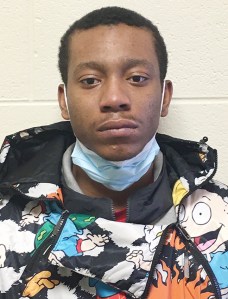 Bowser was detained under a $6,000 bond. He is scheduled for his first appearance in Northampton County Criminal District Court on Feb. 11.

Citizen and officer complaints of possible drug sales led agents of the Down East Drug Task Force to the 100 block of Burgwyn Street in Woodland on Wednesday. Drug Task Force Lieutenant C.A. Parker said in a statement that Agent R.T. Horton conducted the drug investigation.

Following several months of investigation, Parker said Horton was able to obtain a search warrant for the Burgwyn Street residence.

That search warrant was executed Feb. 3 by agents of the Down East Drug Task Force, and the Northampton County Sheriff’s Criminal Investigation Division with assistance from the Department of Homeland Security.

During the search, agents seized 14 grams of cocaine, 15 grams of marijuana, 70 bindles of heroin, pills and a digital scale. Bowser was taken into custody as a result of the discovery of the illegal drugs and paraphernalia.

Parker said that Horton will continue to follow up on this particular residence.