GATESVILLE – The manager of a pizza parlor here was arrested Friday on outstanding warrants in Onslow County.

Brian Neil Holland of Suffolk, VA faces charges of contributing to delinquency of a juvenile, and sexual battery.

He reportedly manages the Ciao Down restaurant. 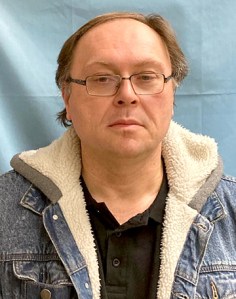 An order for arrest out of Hertford County was also served on Holland for felony embezzlement.

“The warrant from Onslow County shows he failed to appear [in court] on April 27, 2015 on the charges of contributing to delinquency of a juvenile, and sexual battery,” Campbell said.

When asked about a 2007 case where Holland was charged in Jacksonville by the North Carolina State Bureau of Investigation with indecent liberties with a child and contributing to the delinquency of a juvenile, Sheriff Campbell said he had no knowledge of that crime.

“All I have to go on is the 2015 warrant from the Onslow County Sheriff’s Office,” Campbell said.