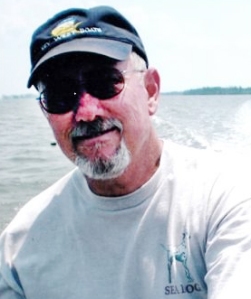 Born in Elizabeth City on October 8, 1954 to the late Benjamin Franklin Markham, Jr. and Ruth Wood Markham Betts, he was the husband of Linda Askew Brothers Markham. Jerry was the owner and operator of the Causeway Marina since 1985.

Out of concern for everyone’s safety, no service will be held at this time.