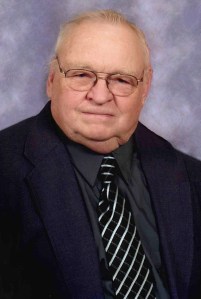 Mr. Taylor was born in Gates County on February 18, 1941, the oldest of three sons born to the late James Edward and Daisy Greene Taylor. Raised on the family farm, he and his brothers worked the land with their father. He loved farming and wanted to make it his life’s work, but encouraged by his father to seek something better, he went to work with Union Camp Corp. in Franklin, VA (now International Paper). While there, he was drafted into the Army and served in the Vietnam War. After his service, he returned to his job and retired as a supervisor in the Boiler Room, furnishing power to the plant to make paper.

Raised in the fellowship of Cool Spring Baptist Church, he was a life-long member, serving as a deacon and studying God’s word as a member of the Adult Sunday School Class. Community involvement included membership in the Hall Ruritan Club, where he had served as the club’s Secretary, and twice as its President.

In addition to his parents, he was preceded in death by his wife, Susanne Tompkins Taylor, in December of 2018, after nearly 50 years of marriage.

A private service for family and close friends will be held in Cool Spring Baptist Church and will be conducted by his former pastor, The Rev. Joe McKnight.

A graveside service, open to family and friends, will be held Wednesday, January 20 at 12 noon in the Cool Spring Church Cemetery. Military honors will be accorded.

Due to the Covid-19 Pandemic, no formal visitation is being held, however friends may visit with the family at the gravesite immediately following the service. Masks should be worn and social distancing suggestions followed.