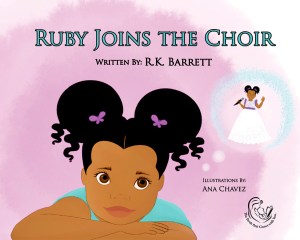 “Ruby Joins the Choir” is the first in a series of books by Conway native Regina Barrett. Contributed Photo

The book is available for pre-order from Twin Attic Publishing House and will be available from Barnes & Noble within the next couple of weeks, said Barrett, who has published the book under the name RK Barrett.

“It’s about myself and my childhood and inspired by daughters,” she said, adding that her daughters are ages 8 and 10.

The synopsis of the children’s book centers on Ruby who is determined to follow her dreams of joining the church choir. 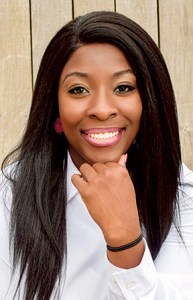 “With the support of her Grammy, Ruby overcomes her fears by building confidence within herself and taking a leap of faith,” Barrett said.

Barrett finished the book in a week but the process leading to its publishing took about a year and a half.

It is the first in a series of Ruby books and the next installment has been written and should be ready for editing in February.

Barrett was born and raised in Conway and graduated from Northampton County High School East in 2008.

She obtained her bachelor’s degree from North Carolina Central University and her MBA Liberty University. She earned her paralegal certification from Meredith College.

She has had years of involvement in the arts as a dancer in jazz, modern, and majorette styles. She has participated in film as an actor in a movie called Blood Done Signed My Name and has been in fashion, with years of modeling in catalogs and runway.

Professionally, she is paralegal as well as a clothing designer and owner of her own clothing store, Nova Threadz LLC.

“The most exciting role that she plays is mom to her two daughters,” her Twin Attic profile says. “They are her inspiration behind the aid that she hopes her books can bring to each and every child, as she aims to uplift, encourage, and continuously inspire.”

(Lance Martin is the Editor and Publisher of rrspin.com. Permission was received to publish this story.)

Roll up your sleeves!