RICH SQUARE – A Halifax County man was arrested here on Jan. 2 after a traffic stop led to the discovery of illegal drugs.

Kashawn Joyner, 28, of Scotland Neck was charged with driving while license revoked, carrying a concealed handgun, and possession with intent to sell and deliver heroin. 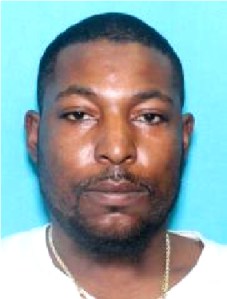 He received a $1,000 unsecured bond and is scheduled for an appearance in Northampton County Criminal District Court on Feb. 4.

Northampton Sheriff’s Deputy M. Deloatch made the arrest after conducting the traffic stop. After a search of the vehicle, Deloatch was able to locate a handgun and seven bindles of heroin.

“I would like to commend Deputy M. Deloatch for the great job in the proactive efforts in patrol. We at Northampton County Sheriff’s Office are committed to removing all illegal drugs from our communities in hopes that it will not get to our children,” Smith stated.