GASTON – A Gaston man was arrested here on the day after Christmas after over one ounce of marijuana and an assault rifle were discovered. 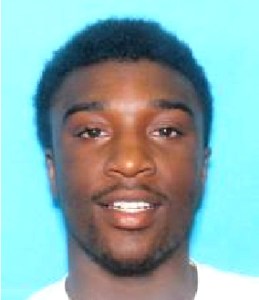 Northampton Sheriff’s Deputy M. Deloatch conducted a traffic stop on Saturday, Dec. 26 on a vehicle driven by Gaston in reference to a traffic violation for speeding.

Upon a search of the vehicle, Deputy Deloatch located an assault rifle. Subsequent to that discovery, Evans was also searched and a large amount of marijuana was found within his pocket.

Deloatch placed Evans under arrest on the charges of carrying a concealed weapon and possession of marijuana up to one and one-half ounces.

Evans received a $500 secured bond on the charges and is scheduled to appear in Northampton County Criminal District Court on Feb. 16.

Additionally, Evans was served an outstanding order for arrest out of Halifax County and received a $300 secured bond on those charges.