He was born on June 29, 1954 in Pell City, Alabama to the late Jasper O. Justice and Ruby Williams Justice. 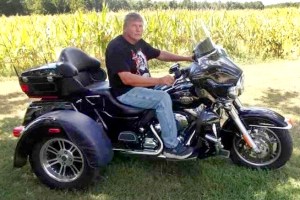 “Ronnie” was retired from the Federal Bureau of Prisons and served our country in the U.S. Air Force and also the U.S. Army where he ultimately retired. His passion was “riding his Harley” and he was a tried and true “BAMA Fan.”

“Ronnie” is survived by his wife Sandy Brock (Justice); his daughter, Candace Bowen of Cofield, NC; his sons, Joshua Brock and his wife Shea of Aulander, NC and SGT Kyle Brock and his wife Ceairra of Columbia, SC; his seven grandchildren, Colin Brock, Haiden Bowen, Caleb Bowen, Carter Brock, Wednesday Brock, Kylie Brock, and Cade Brock and various family members in Alabama as well as his faithful furry friend, “Harley” and will be loved and missed by all of his family and friends.