JACKSON – A Murfreesboro man faces several charges, including stealing construction equipment and discharging a weapon into an occupied building, following a Dec. 12 incident at a Northampton County business.

Caleb Moses, age 23, was developed as a suspect after construction equipment was stolen at West Fraser’s mill in Seaboard. 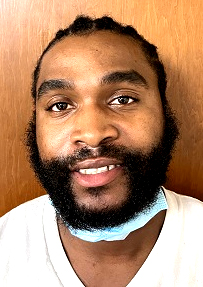 Northampton County Sheriff’s Office Captain Patrick Jacobs said deputies responded to the mill at approximately 12:50 am in reference to a shooting incident. Jacobs said upon investigation it was determined that someone had stolen some construction equipment off the property and discharged a weapon, multiple times, into one of the buildings on the property.

Jacobs said the stolen piece of equipment was found wrecked in the highway near the mill. He added that one employee was inside the building where the shots were fired. That worker was not injured, according to Jacobs.

Later in the day on Dec. 12, arrest warrants were obtained on Moses for one count each of discharging a firearm into an occupied building, larceny of a motor vehicle, felony possession of stolen goods, assault by pointing a gun, assault with a deadly weapon, injury to personal property, and injury to real property.

Deputy J. Comeaux served those warrants one day later and Moses turned himself in. He received an $8,500 secured bond and a court appearance scheduled for Feb. 4.

“I would like to thank our deputies and Capt. Jacobs for their quick response and prompt effort in handling this case,” stated Northampton Sheriff Jack Smith. “I am thankful that this subject involved in this unnecessary and senseless shooting was arrested. I am very thankful that this situation did not result in a more tragic incident.”

Arrests made kidnapping and rape case

Two Bertie County men are behind bars while another is awaiting extradition from Virginia in an assault, robbery, kidnapping, and... read more