Mr. Piland was born in Gates County on September 22, 1946, and was the son of the late Hollis Benjamin and Nellie Jones Piland. Retired after 39 years in the shipping department of Union Camp Corp., now International Paper, he was a member of Beulah Baptist Church and was an Army veteran of the Vietnam War. 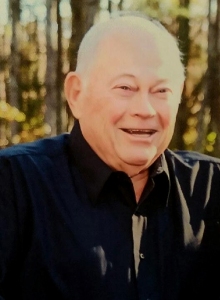 In addition to his parents, he was preceded in death by his sisters, Christeen Peele and Betty Jordan.

Surviving is his wife of 51 years, Mary Harrell Piland; his daughter, Lisa Piland Matthews and husband, Robert, of Elizabeth City; his son, William Calvin “Billy” Piland and wife, Dawn, of White Lake; his brother, Mills Benjamin Piland of Mebane; and four grandsons, Robert Wayne Matthews, Jr., Nolan Chase Matthews, William Jarad Piland, and Ayden Michael Piland; and several nieces, nephews, and extended family members. Also surviving is his longtime best friend, who was like a brother to him, Don Garrett (Kathy) and children, David and Brenda, who Calvin always claimed as his own “adopted children”.

In accordance with his wishes, no services are planned.