GASTON – The Northampton’s County Sheriff’s Office Narcotics Division continues to make a dent in the flow of illegal drugs in the county. 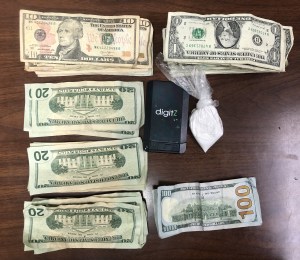 Cash, cocaine and a digital scale were seized from a Gaston man following a search of his vehicle on Tuesday night. Contributed Photo / NCSO Narcotics Division

On Dec. 1, one man was charged with felony possession of cocaine following a traffic violation in the Gaston area. Lieutenant C.A. Parker of the Northampton’s County Sheriff’s Office Narcotics Division said in a statement that shortly after 9 pm, he and Sergeant R. Horton were in the area of Gaston following up on drug complaints. They conducted a traffic stop in the area of Bay Street for a motor vehicle violation.

The driver was identified as Marshawn High, 19, of Gaston.

Upon approaching the vehicle and speaking with the driver, the Narcotics Division agents noticed in plain view a plastic bag containing a white powdery substance. A subsequent search of the vehicle resulted in the seizure of 20 grams of cocaine and a digital scale along with US currency. 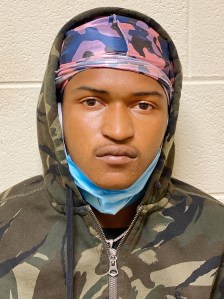 Sgt. Horton arrested and charged High with possession with intent to sell and deliver cocaine and felony possession of cocaine.

High received a $4,000 bond and Dec. 31 court date. Agents of the Department of Homeland Security assisted with this investigation.

Sheriff Jack Smith stated that the Northampton Co. Sheriff’s Office will continue to pursue individuals who violate drug offenses. The Sheriff said he would like to commend and thank Lt. C. Parker and Sgt. R. Horton for this arrest and seizure.

“We are committed to removing all illegal drugs from our communities in hopes that it will not get to our children,” Smith said. “We are dedicated to making our citizens and neighborhoods safer. I would also like to thank the agents from the Dept. of Homeland Security for their assistance.”

‘Tis the season of tradition

AHOSKIE – There are special moments occurring over the course of our lives that remain forever in our hearts and... read more