Mr. Ambrose was born in Chowan County on September 5, 1931, and was the son of the late Alonza Herbert and Doris Ashley Ambrose. A retired mechanic from the John Deere Company in Sunbury, he later worked with G.P. Kittrell & Sons in Corapeake. A member of Eureka Baptist Church, he also enjoyed the fellowship of the Corapeake Hunt Club, the Shenandoah Valley Tractor Pulling Association, and the Gates County Sporting Dogs Association. 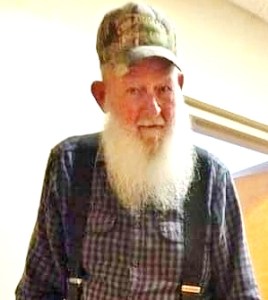 In addition to his parents, he was preceded in death in 2017 by his wife of nearly 64 years, Emma Ward Ambrose; his sister, Ozell Whitfield; and by brothers, Wesley and Roger Ambrose.

A graveside service was held Tuesday, November 3 in the Eureka Baptist Church Cemetery, conducted by his pastor, The Rev. David Lawson.

Friends may visit with the family at Al and Terri’s home, 1378 NC Highway 32 North, Corapeake.

Memorial contributions may be made to Albemarle Home Care and Hospice, 208 Hastings Lane, Elizabeth City, NC 27909.

RALEIGH – Col. Joseph (Joe) Mayon Parker, 89, a native of North Carolina and a resident of Raleigh, passed away... read more