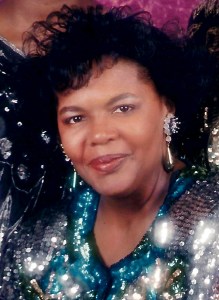 Debra was raised in the Morgantown community in Burlington, NC and educated at Alamance Burlington City Schools. She attended JF Gunn Elementary School and graduated from Jordan Sellers High School in 1970. She was inducted into the Alpha Mu Honor Society and graduated in three and half years. In 1971, Debra pledged Alpha Kappa Alpha Sorority, Inc. (AKA) in Delta Theta Chapter. Once moving to Bertie County she was one of the AKA Charter members in Xi Rho Omega Chapter.

On March 13, 1976, Debra married the love of her life, Jesse Thornton “Champ/JT” Slade and to this union were born two children, L’Tryce “Trycee” Moni Slade and Queena DeVoya Slade Goings. She has a bonus daughter, Wanda Ashe Tyler. Together, they enjoyed 44 years of marriage traveling across the United States. They were truly soul mates.

On October 13, 2020, Debra LaVerne Williamson Slade joined the other “Precious Pearls” and became an “Ivy Beyond the Wall”.

Preceding her in death were her parents, Robert and Florine Williamson; and sister, Paulette Clapp.