“Lord, when Thou seest that my work is done, let me not linger on, with failing powers, adown the weary hours, workless worker in a world of work. But with a word, just bid me home, and I will come. Right gladly—yea, right gladly will I come.”

At an early age, she joined Nebo Baptist Church in Murfreesboro, NC. She enjoyed working in the church and in the community. 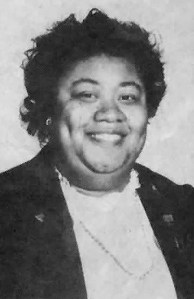 After graduating from Northampton County High School in Conway, NC, she graduated with a Bachelor of Arts from North Carolina Agricultural & Technical University in Greensboro, NC, and a Master’s in Family Relations and Human Development from Ohio State University in Columbus, Ohio.

In 1978, Deborah began her career as Health Educator with the Hertford County Health Department. In August of the following year, Deborah accepted a position as Assistant Home Economics Agent for Hertford County Cooperative Extension Services. There she found a tremendous passion for public service.

She was recognized by Hertford County Commissioners for her expertise and devotion, which extended throughout Hertford County, the state, and beyond.

In 1987, Deborah was named North Carolina’s Outstanding Young Woman of the Year. In 1988, she was promoted to Director of the Hertford County Cooperative Extension Services and continued in that role until 2009. During her career, she served on many boards and councils throughout eastern North Carolina.

All her life, she was a faithful member of Nebo Baptist Church, where she sang in the choir and taught the kindergarten class. Because education was extremely important to her, she supported the education programs of the church. At Nebo, she also supported the Merry Helpers Club.

She delighted in traveling for her job and visiting her family. She absolutely loved her family! She also enjoyed her bi-weekly trips to Just Hair Salon where Connie Boyce styled her hair, and where the women in the shop diplomatically solved the world’s problems.

On October 8, 2020, Deborah’s work was done; her song was sung. Without ado, she flew away to where she belonged. She transitioned into eternity at Vidant Medical Center in Greenville, NC, where she has joined her beloved parents James and Bernice.

Those who will celebrate her memory are James Dwight (Yvonne), Carson “Sand”, Wayne (Jackie), Shelton, and Regina; aunt, Clarice Hawkins (William); five nieces and nephews, four great-nephews and one great-niece; her extended family: Vernon Kee, Evelyn Kee, and Dominick, LaDora and Levernon Kee; and many cousins, and friends.

Visitation will be held from 3-7 pm. on Wednesday, October 14 at Reynolds Funeral Home in Ahoskie, who is handling the arrangements.

Funeral services will be held on Thursday, October 15, beginning with visitation at 11 am followed by the service at 12 noon, at Nebo Baptist Church, Murfreesboro, NC.