MURFREESBORO – An Ahoskie man is wanted by the Murfreesboro Police after taking a vehicle for a joyride last week.

The incident happened shortly before 11 p.m. on Wednesday, Sept. 23 at the Tobacco Plus store located on Main Street in Murfreesboro. According to MPD Chief David Griffith, the occupants of the vehicle left it running while they went inside the store. They then saw the suspect, who they identified as Ja’Juan Stevenson, get into the vehicle and drive away. 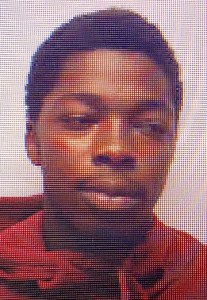 “There was an iPhone in the car, so we started tracking it. The suspect at some point threw the iPhone out on Turkey Branch Road,” Griffith explained, adding that they were able to recover the phone and return it to the victim.

The stolen vehicle was found the next day parked on a path off of Vaughan’s Mill Road.

“It was parked less than a mile outside of Murfreesboro,” he continued.

Griffith said they processed the vehicle for evidence and returned it to the owner. He also said MPD took out felony warrants on Stevenson, who is a resident of Craft Street, Ahoskie, and is known to frequent the Church Street area of the town.

Anyone with information on Stevenson’s whereabouts is urged to the call the Murfreesboro Police Department at 252-398-4151.

Griffith thanked MPD Detective Bryan Johnson for his assistance in working this case.

JACKSON – A new ambulance will soon be on its way to Northampton County. The Northampton Board of Commissioners approved... read more