JACKSON – The most visible part of what the National Center for Missing and Endangered, Inc (NCME) does is share informational posts about missing people across the country.

Their Facebook page is updated regularly several times a day as new cases and new information is made available. But while the Facebook page is a large part of what the Northampton County-based nonprofit does, it’s certainly not the only thing.

“We assist families and law enforcement in areas of missing people,” explained organization founder Debbie Manning. “I just don’t sit around running a Facebook page. There’s so much to do.” 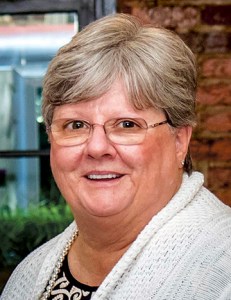 That assistance takes on many forms, including passing on tips to law enforcement agencies, coordinating with search and rescue teams, advocating for more national alert systems, entering information into the NamUs DNA database, providing funding to continue searches, and more.

“We never take matters into our own hands,” Manning added, explaining that all the information they receive is passed on to law enforcement to handle.

While other national nonprofits focus on spreading information about missing children, NCME covers missing people of all ages. The cases can range anywhere from runaways and noncustodial kidnappings to human trafficking and homicides. Though many of the cases Manning personally helps with are based in North Carolina and Virginia, NCME spreads the word about missing persons cases all over the United States.

Manning said an average of 600,000 missing people are entered into the Department of Justice database yearly, but the actual number of cases is much higher than that.

“The amount of missing people across the United States is astronomically high. [The work] is very time consuming,” she said, noting that the organization works as a team with volunteers all over the country as well as with search coordinators, emergency management, and law enforcement.

“I would be nothing without our men and women in law enforcement. I give them the praise,” she added.

Manning, a former nurse, began looking into missing person cases almost 10 years ago. She said her nursing background has helped her advocate for the families and be a voice for them. Her own personal childhood experience also played a part in her desire to form an organization to help find missing people.

“I was almost a statistic as a missing person,” she explained.

At seven years old growing up in Norfolk, VA, Manning was walking home one day with a few other friends when a guy in a truck pulled up beside them. He said Manning’s mother had asked him to take her home, and he grabbed her arm to pull her into the vehicle. But another car was approaching, and he quickly let her go and left.

She told her parents about it and they contacted the police department. After a few interviews, the police eventually arrested the man several weeks later. He had previously taken two other girls and killed them. Manning even had to testify during his trial.

The incident left a lasting impact on her.

Now with NCME, she’s often fielding tips to investigators and traveling sometimes to help search with the teams who comb different areas for lost people or, sadly, their remains. She remembered in particular the case of Juanita Coffield, an elderly lady from Chesapeake, VA with dementia who went missing in 2017.

A logger sent NCME a tip in 2019 that he thought he’d found human remains in the area near where Coffield was last seen. Manning passed the information on to the Chesapeake police, and then she and her husband Marty, along with investigators, went to examine the area. Using a metal detector, Marty discovered jewelry which belonged to Coffield. The remains were later identified as Coffield.

Northampton County has a few missing people who have still not been found. She said all of those cases are still being investigated by law enforcement, and she’s tried to help where she can. She made sure, for example, all of Northampton’s cases were entered into the NamUs database.

Manning is very modest about the work she does, choosing to work behind the scenes as much as possible. But she was nominated and then selected as a recipient of Discovery Channel/Discovery ID’s “2020 Everyday Hero – Inspire a Difference” award earlier this year. She said she was so surprised at receiving the honor that she initially thought it was a scam when they contacted her.

“I’m humbled,” she said about being chosen for the award.

Like many others this year, the COVID-19 pandemic has had an effect on NCME as well as missing persons cases overall. The workload, she said, has tripled. The nonprofit survives on donations, so Manning said one of their goals would be to receive more funding so they can continue helping in many different ways.

“But our main goal is just to grow and be out there,” she emphasized.

She said they want to continue to give hope, peace, and resolution to the families.

Not many people know the national organization is based out of Jackson, where Manning has lived now for several years.

But even if the organization remains a “hidden secret” to many, they’ll continue to work to make sure as many missing people as possible are discovered.

For more information or to contact NCME, visit their Facebook page “National Center for Missing and Endangered, Inc” or email nationalcenterme@gmail.com