SWANNANOA – Terry Wayne Padgett, 80, passed away on Friday, August 28, 2020 at the Laurels of Summit Ridge.

A native of Marco, IN, was a son of the late Hershall Padgett and Mildred Chaney Kahall. He was also preceded in death by his wife, Carol Ann Padgett; brother, John Padgett and his wife Joyce; and a nephew, Keith Padgett. 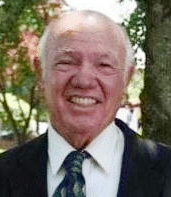 Mr. Padgett served in the U.S. Navy for 22 years as a Nuclear Weapons Specialist and Engineer. Following his military career he worked for the Town of Ahoskie as the Director of Public Works for more than 10 years.

The family will hold a private memorial service to honor Mr. Padgett’s life at a later date.

In lieu of flowers donations may be made to: Shelton’s Veterinary Hospital, 19168 Hwy 64 E., Williamston, NC 27892 or to your local animal shelter.