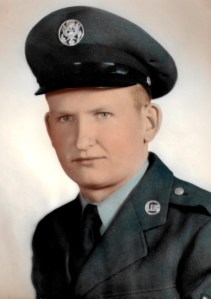 Mr. Greene was born in Gates County on December 16, 1931, and was the son of the late Tom and Vera Jordan Greene. A retired Technical Sergeant with the United States Air Force where he served for 20 years, he was a veteran of both the Korean and Vietnam Wars. After his military career, he took over the family farm and became a Perdue Poultry Producer. He was a member of Oak Grove Christian Church.

In addition to his parents, he was preceded in death by his daughter, Sharon G. Futrell.

The family has planned a private graveside funeral with military honors. Officiating Pastors will be Garrett Lewis and Tom Holland.

Memorial contributions may be made to the Eastern NC Alzheimer’s Association, 5171 Glenwood Ave., Raleigh, NC 27612, or online at www.alz.org/nc.